Charles Otto Puth Jr. also known as Charlie Puth is an American singer, songwriter, and record producer who was born on  December 2, 1991, to Debra Puth and Charles Puth. He started his singing career by uploading music videos on his youtube channel.

Charlie was born on December 2, 1991, in Rumson, New Jersey to Charles and Debra. His father was Catholic and his mother was Jewish. He was raised with his two younger siblings, twins Stephen and Mikaela.

Charlie did his schooling at Rumson, and Forrestdale Middle School. Later, he attended Manhattan School of Music Pre-College as a jazz piano major. He has done his graduation from Berklee College of Music, in 2013 in music production and engineering.

In  2016 before the single “We don’t talk anymore by Charlie Puth” was released it was rumored that Selena and Charlie dating each other but obviously they were not meant to be together.

In the same year, Charlie was dating Bella Thorne but they broke up for some personal reasons.

In 2022, it is confirmed by Charlie that Charlotte Lawrence and Charlie dating each other and both are happy together.

Charlie began his career in 2009 from a Youtube channel Charlies Vlogs where he posts funny videos and acoustic videos. Next year he released his music video “These Are My Sexy Shades”.

In 2012, he released a single “Break Again”, with additional vocals by Emily Luther.

In February 2015, Charlie released his first single “Marvin Gaye” which was his debut single. The single got no 21 on US Billboard Hot 100. Also certified 2× Platinum in Australia, New Zealand, Ireland, and the United Kingdom.

Charlie wrote a song “See You Again” released in 2015 with Wiz Khalifa. The song was nominated for three Grammy Awards: Song of the Year, Best Pop Duo/Group Performance, and Best Song Written for Visual Media.

Charlie wrote the soundtrack for  Furious 7 and the song peaked at number one on the Hot 100 chart for 12 non-consecutive weeks.

In 2015, He released three singles, Dear Future Husband, Some Type of Love, and Nothing but trouble.

On March 25, 2018, the fourth single “Change” was released. In August 2019, Charlie released the remix of the song “Easier” In August, He released two singles “I Warned Myself”,  “Cheating on You“, and “Mother”.

Charlie Puth has a net worth of $25 million. Charlie became a viral sensation by sharing his music on YouTube.

How old is charlie Puth?

Is Charlie Puth is gay?

No, Charlie is not gay. He is sexually straight.

How long is charlie Puth?

What music editing software does charlie Puth use?

He uses built-in Pro Tools EQ and relies heavily on Waves for a lot of his production and mixing.

Charles Otto Puth Jr. is an American singer, songwriter, and record producer who was born on  December 2, 1991, to Debra Puth and Charles Puth. He started his singing career by uploading music videos on his youtube channel. 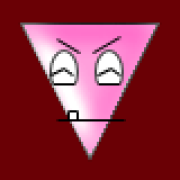